The Exec: Breaking Free From 'Button-Mashing' Through Revenue Cycle Automation

There's still misunderstanding around the use of technology on the back end of healthcare operations, says University Health's vice president of health information management and revenue cycle.

How to best leverage it is something organizations are learning on the fly. But for healthcare leaders and workers, it's just as important to understand what technology can't and shouldn't do.

Katz spoke with HealthLeaders about implementing technology in revenue cycle, why automation is not a plug-and-play solution, and medical coding as the next strategy to leverage.

This interview has been edited for clarity and brevity.

HealthLeaders: How do you see technology's role in the patient financial experience?

Katz: I think it's growing. Technology has been part of everything for years now, but specifically the automation side of things is definitely growing. I think the last two years have taught a few things. One was with the pandemic, on the negative side, you can say people got sick. You can also say there's a lot of extra work. And then people are just burnt out in general. Not even just from COVID, but from what I call button-mashing. Nobody goes to school to be a cash poster or to be a denials analyst. You find yourself in those roles. It doesn't excite people and I think it shows a lack of creativity on the revenue cycle side. So when we look at automation specifically and we've implemented some, that's what it's about. It prevents us from having people work menial tasks over and over so we can automate those. It's a really big positive. People need to invest in it.

You hear all the time about doctors and nurses and people say we want them to practice at the top of their license, right? But we don't look at that in the back end. I want them to work at the top of their skillset too. I want them spending time on things that matter more, that bring in more cash, that are the problem. So I think it has a huge opportunity. It's still fairly new which is a little surprising that it's taking a little longer to catch on and I think some of it just misunderstanding. People don't understand what automation is. But it's absolutely vital. You have to do it. You're not going to be able to find enough staff, retain them, pay them, all that stuff. So it's huge. 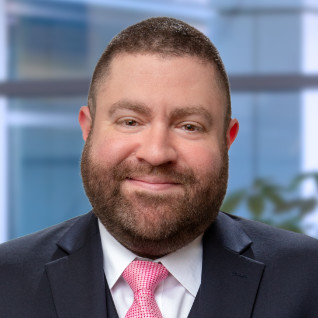 HL: How does automation have to be used and deployed? Does there still need to be a balance between automation and the human touch?

Katz: So number one is go back to that point about staff. I use this example a lot. Amazon has more automation than everybody and they keep adding more. They want drone delivery. There's all those robots working in the warehouse, right? But at the same time they're on pace this decade to pass Walmart as the world's largest employer. So that's the way to look at this. Now they might not need as many people in the warehouse. But that doesn't mean you need fewer people just because you've automated. In some ways you need more. You have different new roles that you never would have thought of before.

And the second part, it's still a computer system. It's garbage in, garbage out. If you don't set it up right, if you don't train on it properly, if you don't maintain it, it's not going to work. You have to keep training, you have to keep updating it, you have to keep it in sync, you have to learn about it. If you don't do those things and support it then you're going to fall short of your expectations. It adds efficiency, it adds improvement, but it also comes with other things you have to do. It's not a plug-and-play and it's also not one-size-fits-all. Meaning you might have a couple of different automation companies. The company you choose to help automate prior authorizations, I can tell you will not be the same company that we're looking at to do artificial intelligent medical coding. You might have multiple automation vendors working at the same time too.

HL: What type of technology has University Health implemented on the back end of revenue cycle and how has that affected outcomes?

Katz: We started with prior authorizations. We're expanding into some inpatient notifications, eligibility running, claim status checking, stuff like that. As a whole it's going very well. To go live is probably two-and-a-half months of letting that automation run in the background and learn and see how we do things. But within about two months of kicking off it started GI and started going to payer websites and logging requests for prior authorizations by taking that information out of our EMR. So it's going very well. We're happy. We're looking to continue to expand it. You've to get creative with this. Prior authorization is a big one that a lot of people start with. It's a repetitive task. It's taking discrete data from your EMR and putting it out to a payer portal. So it's very systemic. But I was starting to get to a point of what else can we automate? What are things that are maybe outside the box?

HL: Are there additional strategies you plan to leverage in the future?

Katz: People are trying to leverage more information exchanges. In healthcare, there's still a lot of manual moving of data between hospitals, even though there's health information exchanges. Participation isn't necessarily strong. You're starting to get more and more players trying to automate that. So we're actually part of a pilot project where when a person applies for Social Security assistance, they would of course ask for their records. They'll be able to pull that information via a secure API and so they can get it done faster, they get the information faster, they can approve the request faster. I think it's things like that, trying to get the information to flow faster.

On the revenue cycle site, the biggest one is the medical coding. I think there's a number of players growing in that space doing AI coding. It's very early. It is still a job that there are oftentimes shortages, that it relies on contract coders which are very expensive. So I think this is a really interesting opportunity there in the next couple of years. And what's more interesting is it's all new players who are driving this. We've done a lot of deep dive on that, done a lot of testing, met with a lot of vendors, but it's coming, it's coming quickly and I want us to be at the front end of that. This train is not slowing down anytime soon. I think those who adopt to it quickly are going to see returns quickly.

Jay Asser is an associate editor for HealthLeaders.