Study pulls in social determinants of health signals to highlight patients at risk.

Social determinants of health data are now being used to risk stratify cancer patients according to, among many other things, their purchasing habits.

The new study describing this work, published in June in Future Oncology, found that the patients whom an artificial intelligence software tool predicted to be at high risk of dying in the next 30 days were 7.4 times more likely to die within 30 days than those predicted to be at low-risk.

The algorithm was trained on clinical and socioeconomic data to predict mortality. The algorithm can help drive earlier interventions for patients at risk, or direct patients to palliative care services to ease their end-of-life suffering. 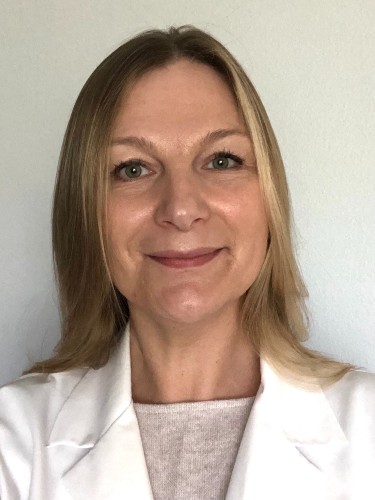 The individuals in the study group were geolocated, based upon their home addresses, to pull in the characteristics of their neighborhoods, says John Showalter, MD, MSIS, chief product offer at Jvion, whose artificial intelligence software was used to identify the at-risk data set of cancer patients.

According to the study, purchasing data originated with third-party data vendors such as Acxiom, Experian, and Transunion. Individual behavioral data included elements such as history of internet searches on health conditions, purchasing channels, and life stage. All purchased data are indexes indicating preferences and no transactional-level data was used, according to the study.

Other data comes from government sources such as the U.S. Census Bureau, U.S. Department of Agriculture, and the National Oceanic and Atmospheric Association (NOAA), can correlate patients’ whereabouts with information including local sources of high air and water pollution, Showalter says.

One of the study authors, Sibel Blau MD, is medical director and owner of Northwest Medical Specialties, PLLC, a cancer treatment center and oncology clinic located in the Pacific Northwest.

Blau, who also leads the national Quality Cancer Care Alliance (QCCA), says the data gathers the kind of social determinants of health information that physicians and oncologists are usually unable to glean, in part because they tend to be weak signals of information. Other QCCA clinics throughout the country are now using the new AI tool as well, she says.

"Sometimes patients pop up in that list that we know they're at the end of their life," Blau says. "They are appropriate patients and we already are taking care of them."

Other patients appear on the list whose risk comes as a surprise to clinicians. "No matter how great you are, the best doctor in the world, you don't know every second of what's going on with the patient," Blau says. "This tool allows us to get those sick people into the clinic earlier."

If the patient is unexpectedly on the AI-predicted 30-day mortality list, then clinicians call those patients into an acute care clinic developed specially to treat these at-risk patients, Blau adds.

"We do tell patients, we have this tool, which tells us that you might be at risk of being sick and dying from this disease," Blau says.

Northwest Medical Specialties is a participant in the CMS’ Oncology Care Model (OCM), an innovative, multi-payer model focused on providing higher quality, more coordinated oncology care. "We get paid on an episodic payment basis, rather than fee-for-service," Blau says.

"Our practice has gone through a lot of transformation," she says. "One of our weakest areas was the end of life. I had to put a lot of support into not just Jvion, but other things as well."

Jvion’s analytics added a layer of just-in-time information that prompted the clinic to open the acute care clinics as well as weekend clinics. Through these actions, Northwest Medical Specialties has been able to improve its OCM end-of-life measures from minus 36% in July 2016 to minus 3% today, Blau says.

"We’re still not the best or the greatest, but we closed that gap significantly," Blau says.

Among the actions that the new clinics and a new patient care coordination team have taken, are better treatment of patients’ depression, pain control, hospice referrals, and palliative care, Blau adds.

The tool has also led to more meaningful end-of-life conversations with terminal patients, giving them agency over their final days.

“No matter how great you are, the best doctor in the world, you don't know every second of what's going on with the patient. This tool allows us to get those sick people into the clinic earlier.”

A study published in Future Oncology describes heightened risk based on government and private company data on patients and their locations.