A letter to ONC demands rule change, but some physician supporters say the change was necessary.

A federal rule that took effect July 1 has prompted a physician group to write The Office of the National Coordinator for Health Information Technology (ONC) to prevent what it sees as new harm to patients receiving automated test results before a physician can speak to them.

The rule, part of the 21st Century Cures Act passed by Congress in 2016, does permit certain exceptions to automated sharing information with patients to protect them from harm, but according to an information blocking FAQ page posted by ONC, pausing the release of the results is not covered by that exception.

"It would likely be considered an interference for purposes of information blocking if a health care provider established an organizational policy that, for example, imposed delays on the release of lab results for any period of time in order to allow an ordering clinician to review the results or in order to personally inform the patient of the results before a patient can electronically access such results," the FAQ states.

The group of physicians taking issue with this directive is the American Medical Group Association (AMGA), which represents more than 450 multispecialty medical groups and integrated delivery systems employing 177,000 physicians who care for one-in-three Americans. 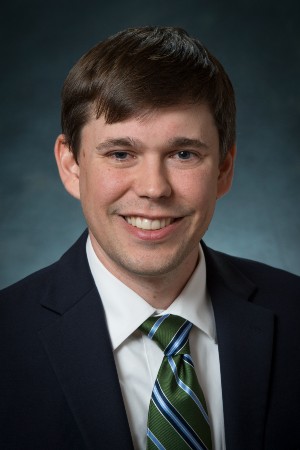 "AMGA strongly supports transparency and the need for patients to have access to their data and clinical information," states the group's July 27 letter. "However, we are concerned—and have heard reports from our members—about the unintended consequences of immediately providing patients with access to the data and information at the same time as their providers.

"By providing immediate access to clinical findings absent any context or explanation, the rules are causing patient harm, hindering effective communication between patients and their care providers, and complicating care coordination efforts."

Instead, AMGA recommends the ONC "move quickly to revise the rules to prevent patient harm and foster improved communication by expanding the definition of harm and allowing for some delay in the release of the laboratory and other results."

"There are certain diagnoses that I think should be delivered by the provider, before the patient gets a chance to see them," says Bone, who was diagnosed with prostate cancer.

"Even though I'm a physician, there's an emotional response no matter who you are," he says. "It's different when somebody can talk you through it."

Without having the physician deliver the news, "the emotional side takes over," Bone says. "That's what we're trying to prevent. From personal experience, there is a certain gut reaction that is not intellectual."

A huge argument for releasing results without physician gatekeepers is the potential for and actual occurrence of missed communications. For example, a lab may send the results to the wrong physician and may have no way of knowing that the result went astray.

In such cases, patients end up believing there are no results at all. "The end result is a lot of misunderstandings about who was to say what and when," says Peter Basch, MD, senior director of health IT quality and safety, research, and national health IT policy at MedStar Health in Washington, D.C.

"That practice of no news equals good news, and you'll hear from me when you need to, is, in my opinion—and it's probably shared conventional wisdom now—a very dangerous practice," Basch says.

"To say that errors don't happen on a daily basis is absolutely wrong," Bone says. In recognition of this, he suggests that any rule change include a "fail-safe" time interval, after which the result will go to patients, no matter what the news.

Some physicians continue to argue about whether a waiting period of 24, 48, or 72 hours should be implemented for more serious laboratory, pathology or other test results, particularly if cancer diagnoses are involved, but they agree that a waiting period for some results is preferable to the new ONC rule, Bone says.

Another issue advocates raise: sometimes it isn't clear who the gatekeeper is or should be. For instance, does a cancer diagnosis belong to a patient's oncologist, or to the primary care physician?

"I'm not disagreeing but show me a law that comes out of Congress that isn't messy at some point," Bone says.

"Let's give the care team a chance to communicate internally. That way, you don't have this automatic computer driving the train."

There have been numerous times in Basch's nearly 40-year career where patients expect to see results every time, and when they don't, they call him, only to find out that he did not receive the results.

"On balance, we are much better off starting with a presumption of immediate patient access to information as soon as it is available," Basch says. "Our job as clinicians is to prepare for the world of information mobility."

Asked if there is room here for additional guidance by ONC, Basch says "perhaps clearer guidance will be forthcoming."

If the automatic release of serious health tests proves to be mentally harmful to patients, "that might be an idea that needs some clarification," Basch says.

“There are certain diagnoses that I think should be delivered by the provider, before the patient gets a chance to see them.”

Labs may send results to the wrong physician, leading to "dangerous" no-news-is-good-news scenarios.

The healthcare system must find a way to provide the access to training for tens of thousands of would-be nurses. ...

The patients featured in a new research article underwent Rous-en-Y gastric bypass or sleeve gastrectomy—two of the most common kinds of bariatric surgery. ...