Bulk FHIR Will Change What Payers Expect From Providers

Former ONC chief Don Rucker and HL7 are championing a new form of healthcare IT interoperability.

Newly maturing standards for healthcare data interoperability will make providers more accountable to payers for the overall quality of care they provide.

So says Donald Rucker, MD, former national coordinator at the Office of the National Coordinator for Health Information Technology (ONC).

"When we look at the big problems in American healthcare, we want value," says Rucker, now the chief strategy officer of healthcare IT company 1UpHealth.

After what he describes as a 20-year-long search for value via quality measures defined by the federal government, Rucker believes the current system is "heavily gamed" and will be replaced by a new system of bulk data sharing of patient information via the new Bulk FHIR interoperability standard.

In the spring of 2020, the ONC published a rule regulating the 21st Century Cures Act API requirement, along with protections against information blocking. One of the APIs covered in this rule is the SMART/HL7 FHIR Bulk Data Access API, or Bulk FHIR API, which enables access to patient-level data across a patient population, supporting many use cases across the healthcare ecosystem, including:

"Put simply, Bulk FHIR is a standard to enable 'push button' population health," states an informational page at the Computational Health Informatics Program of Boston Children’s Hospital, which helped develop the standard in conjunction with HL7 and the ONC. "An ACO, a researcher, or a public health authority should be able to, without special effort, extract a cohort of patient records from the EHR for further analysis." 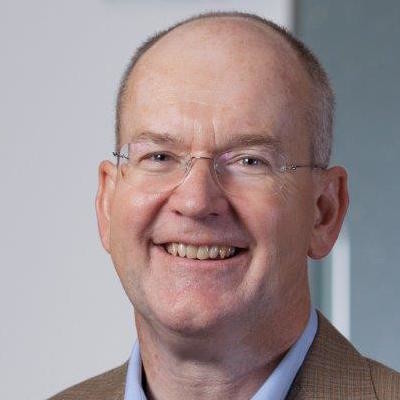 Prior to Bulk FHIR, traditional quality measures adopted by the Centers for Medicare & Medicaid Services (CMS) and others were "all microscopic tranches of performance," Rucker says. "They're not integrated performance to make patients live longer or be healthier. Hemoglobin A1C is one of the most global measures, but a lot of these other [quality measures] are super narrowly defined."

As proof that traditional quality measures have failed to meet their objectives, Rucker says one only need look at the COVID-19 pandemic.

"Most state HIEs have, from the get-go of COVID, been able to answer all of the major questions that have somehow befuddled [the Centers for Disease Control and Prevention]. Who's getting affected? What is recovery? What is immunity? What are comorbidities? What things work? We have vast data stores on that, and huge statistical significance over all populations."

By contrast, Rucker says, the CDC has been unable to use huge silos of its own data to answer these questions in a timely fashion.

Too much emphasis in healthcare data interoperability has been placed on helping individual patients access their data or move it from one provider to another, he says, and not enough is placed on giving payers timely information on populations of patients so they can give providers better incentives to improve population health.

Other federal initiatives, such as adding social determinants of health to inform patient education and motivation to improve health, are falling short for other reasons, he says.

"A lot of that probably has nothing to do with the healthcare system and everything to do with the educational system," Rucker says. "If you are in an inner-city school and you can't effectively read or write, as is too often the case, [patients] are not going to be reading articles about how lipids are affected by their lifestyles."

Instead, healthcare needs a totally different kind of interoperability, based on patient populations, and intended to improve the value dialogue between payers and providers, Rucker says.

"The bulk API is going to take away most of the excuses for providers, exposing the data of their performance to the payers who paid for it," he says. "Americans love to shop, we want to be able to shop for good care. You're relying on your payer to get you a good deal in healthcare. With both FHIR and the U.S. Core Data for Interoperability, we finally have a standardized data set and a standardized API that makes it a lot easier to get this information."

Payers, as well as providers, require education about this new form of data interoperability, Rucker says.

"It's a totally different mode of doing business," he says. "When we have computational accountability in healthcare, it'll be a game changer."

While the data being shared could confirm previous studies that surgical prices vary widely from region to region, "shipping a patient [to lower-cost regions for surgeries] is almost the failure mode model," Rucker says. "There are a million way more economically effective interventions earlier on, if you have computable data."

1Up Health, where Rucker now works, is one of several healthcare IT vendors that  such interoperability endpoints on the payer's side, Rucker says. State health information exchanges, as well as national data-sharing efforts such as Commonwell Alliance and Carequality, are other likely endpoints for this expanded interoperability, he adds.

"Some of this, I think, is inevitable, just because the availability of all of these [data analysis] tools in the entire rest of the economy," Rucker says.

“The bulk API is going to take away most of the excuses for providers, exposing the data of their performance to the payers who paid for it. Americans love to shop, we want to be able to shop for good care. You're relying on your payer to get you a good deal in healthcare.”

Failure of traditional quality measures stored in CDC data silos during the COVID-19 pandemic is further evidence that a new interoperability approach is necessary.

RN Will Patterson relied on his natural nursing innovation to create CareRev, a gig-worker platform that aids both hospital staffing and nurses looking to easily pick up extra shifts. ...

This new 'ninja' COVID variant Is the most dangerous one yet

The BA.5 subvariant can slip past the body's defenses easier than any of its predecessors.

Even After Infectious Outbreaks, Such as COVID-19, Nursing Home Staffing May Never be Fully Replaced

Decline is most notable among certified nursing assistants. ...

She was a respected nurse. Now she’s accused of killing 5 in horrific Windsor Hills crash

Friends and colleagues are struggling to come to grips with how the woman they knew as a consummate professional and kind caregiver could be involved in such a horrific chain of events.