The Centers for Medicare & Medicaid Services has proposed a 12% reduction in reimbursement for CPT codes supporting RPM. Health systems and advocates say that could affect a service that has been known to reduce unnecessary hospitalizations by 50%.

A provider of remote patient monitoring services to several health systems in six states warns that proposed cuts in Medicare reimbursement could endanger those services, which it says are saving thousands of Medicare dollars per patient served.

New York-based Cadence, which partners with health systems in Alabama, Arkansas, North Carolina, Washington, Wisconsin, and Michigan, recently submitted comments to CMS on the proposed cuts (the comment period is slated to end on September 6).

"By driving better patient outcomes, we're reducing emergency room visits by up to 50% for patients who are enrolled in Cadence programs and decreasing their cost of care by $5,000 on average," says Chris Altchek, the company's founder and chief executive officer.

Cadence, which has partnered with LifePoint Health, Community Health Systems, and ScionHealth, is one of dozens of telehealth companies in the rapidly growing RPM space, which saw a surge of interest when the pandemic pushed health systems to curtail in-person services and push more programs onto virtual platforms. Proponents say RPM will continue to grow as healthcare executives see the value in improving care management for patients in their own homes.

Like many others using RPM, Cadence is targeting care management for patient with chronic health conditions, including congestive heart failure, hypertension, and type 2 diabetes. About a quarter of its patient base lives in underserved areas, where RPM programs may be a lifeline for people who face barriers to accessing care. 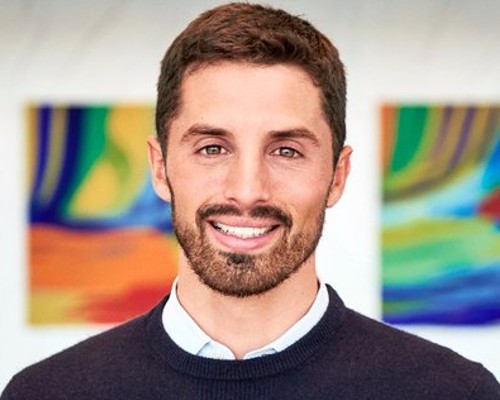 "CMS has done a lot of good work trying to focus on these chronic conditions," Altchek says.

Under current CMS guidelines, CPT code 99454 specifically reimburses providers for devices and transmission of data to collect vital signs from patients at home. RPM programs typically send digital health devices, such as blood pressure cuffs, weight scales, and blood glucose monitors, home with patients, who monitor their health, send data back to care teams and collaborate on managing their care.

In its proposed 2023 Medicare Physician Free Schedule, CMS is proposing a 12% cut for 99454. It's one of several significant modifications to RPM reimbursement, as outlined in the ATA's August 24 letter, written by Kyle Zebley, executive director of ATA Action.

"These cuts run counter to CMS' stated goals of improving patient outcomes, advancing health equity, and reducing spending through the use of remote patient monitoring technology," states the Cadence letter to CMS.

Altchek is hoping the groundswell of support for RPM programs and criticism of the proposed cut will spur CMS to reconsider.

"CMS is aware and engaged on this topic," he says. "Something could change. They spent a lot of time, almost 10 years, building out a framework to allow these codes to come into play, so they're as motivated as anybody else to make sure they don't limit innovation that they sparked before it can really take hold."

"We're sharing everything we have [with CMS] and have offered to update them every six months on the total cost of care savings across our patient population," he says.

"We were not listened to last year, but next year, they've scheduled a real conversation around it," Altchek says.

The policy review will be conducted by the RVS Update Committee, a volunteer group of 32 physicians and other healthcare professionals who advise Medicare on how to value a physician's work.

"My guess is it would go through that process, and then CMS would take it under review as part of its rulemaking," says Meryl Holt, head of legal and chief compliance officer at Cadence.

CMS is also somewhat constrained by existing law. "CMS as the agency is somewhat restricted by the legislative framework that's in place, so they have limited tools with which to actually affect change with particular codes," Holt says.

Should appeals to CMS fail, Altchek says a push for a legislative solution is another option.

"CMS data show that among original Medicare beneficiaries aged 65 years and over, the prevalence of CHF, type 2 diabetes, and hypertension was 13%, 25%, and 58%, respectively," says Cadence's letter to CMS. "This translates into direct medical costs, which for heart disease (excluding stroke) totaled $281 billion in 2015 and $237 billion for diabetes in 2017. Using RPM services to manage these conditions will improve patients’ access to quality care, while also alleviating the burden on clinicians and Medicare spending."

If the CMS reimbursements decline, Altchek says Cadence would withdraw from serving certain regions rather than reducing the quality and quantity of remote patient monitoring.

"We won't deliver the service if we don't think we can do it in a way that's a high-quality way," Altchek says.

“CMS spent a lot of time, almost 10 years, building out a framework to allow these codes to come into play, so they're as motivated as anybody else to make sure they don't limit innovation that they sparked before it can really take hold.”

Remote patient monitoring (RPM) programs have been surging in the wake of the pandemic, as more and more health systems look to monitor and manage care for patients at home in between visits to the doctor's office, clinic, or hospital.

Medicare coverage for RPM services has been limited, and the Centers for Medicare and Medicaid Services is planning significant changes to reimbursement in its proposed 2023 Medicare Physician Fee Schedule.

RPM advocates, including telehealth company Cadence and the American Telemedicine Association, say the proposed changes will affect RPM programs, and Cadence say those changes could cause them to scale back their programs.