Social Determinants of Health Find Their Way Into the EHR

Children’s Mercy Hospital of Kansas City is testing out a new decision support tool that addresses one of today’s biggest barriers to healthcare access.

Taking the next step in leveraging the social determinants of health (SDOH), a Kansas City health system has found a way to present patient-relevant data in its electronic health records.

The Envirome Web Service (EWS), described in a recent issue of the Journal of Biomedical Informatics, provides personalized SDOH data for each patient in the EHR. It securely geocodes patient addresses in real time to link their records with publicly available contextual data, while giving clinicians summaries of the data without interrupting their workflows with additional alerts.

The initial push was to build and deploy the service within Children's Mercy Hospital of Kansas City, but define it in a way that it could be implemented outside of the Missouri-based health system, according to Mark Hoffman, chief research information officer at Children's Mercy.

"We have a number of grant proposals that are under review that we hope will position us to get to the next round of organizations using this envirome technology," Hoffman says. 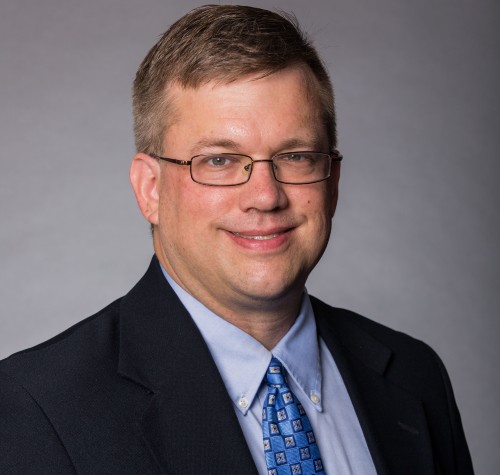 The research involved surveys, focus groups, and a formal review by hospital staff. During 2020, 1,034 providers, including physicians, nurse practitioners, and residents, viewed the EWS, amounting to a total of 29,165 sessions.

The study also found that 6.1% of the providers chose to maintain the EWS in their custom workflows, logging more than 100 EWS sessions during the year.

"10% saw the data at a fairly frequent level, which I think is gratifying for this work," Hoffman says. "We were very pleasantly surprised with the level of adoption."

The researchers surveyed providers affiliated with the University of Missouri at Kansas City to gauge their interest in an EWS and about their general interest in SDOH, including community-level socioeconomic, food desert, air quality, and water quality data. Results from this survey helped guide the development of the initial EWS.

Researchers then designed a set of simulated patient profiles, designed to display examples of indicators in which the survey respondents were interested. These simulated profiles were brought before focus groups to evaluate and refine the content and design of the EWS.

"If you review the literature on social determinants, much of it focuses on asking the patient specific questions that provide individual-level social determinants,” Hoffman says. “And there's still a need for that, but most providers, especially during this period, where we're dealing with provider burnout, anything that asks them to do even more in their interactions with patients is a concern.”

"So our strategy is also keeping an eye on that provider burnout issue, where we want to present meaningful, useful, publicly available data at the time they need it, while the patient's with them, without requiring them to do any additional work."

At the same time, having the SDOH information readily available in the EHR helps clinicians have sensitive conversations with patients about these factors.

EWS complements but does not replace other SDOH tools and data. Some provider-patient conversations can make a difference in patient SDOH factors, such as compensating for living in a food desert. Other factors, such as air pollution or other environmental exposures near the patient's residence, more directly inform the work of public health colleagues of clinicians, Hoffman notes.

"Even if we can't influence those mitigations, we can at least offer some guidance to the patients," he says.

The initial implementation of EWS was created to work with the Cerner Millennium EHR.

"One of our goals is to work with one of our local partners that has an Epic EHR," Hoffman says. "We expect there will be some work, but intentionally use standards. For example, the authentication part of the process is based on the FHIR [Fast Healthcare Interoperability Resources] authentication standards, so we're not coupled to the Cerner authentication."

Before EWS can find a home in any of today’s EHR app stores, Hoffman's team wants to determine a broader deployment strategy with additional sites and organizations.

"Certainly, working with one or more of those [EHR] vendors would be one viable option that would scale nicely," Hoffman says.

The research team is also looking at a variety of options to sustain its efforts through various funding sources, he adds.

Other projects at Children's Mercy focus on aspects of SDOH, such as health equity issues. Ongoing research will determine how various SDOH efforts are influencing outcomes.

"There's always a constant set of follow-up research that can derive from those," Hoffman says.

"By taking steps like this to address the other half of health needs that are based on extrinsic factors, it really puts us in an excellent position" to complement Children's Mercy's already strong leadership in genomic medicine, Hoffman says.

“If you review the literature on social determinants, much of it focuses on asking the patient specific questions that provide individual level social determinants, and there's still a need for that, but most providers, especially during this period, where we're dealing with provider burnout, anything that asks them to do even more in their interactions with patients is a concern.”

What doctors are learning about marijuana and surgery

People who use cannabis may need more anesthesia during procedures, but many remain wary of mentioning their habit.