The influx of direct-to-consumer technology, ranging from wearables to mHealth apps, has had a strong impact on healthcare innovation. But there's a fine line between what might appeal to the consumer and what holds value for the provider.

For Aaron Miri, MBA, FCHIME, FHIMSS, CHCIO, senior vice president and chief digital and information officer at Florida's Baptist Health, the challenge is to sift through all the promising technologies and services to find the diamonds in the rough.

"Anybody can buy something off the shelf, but do you really use it in a way that is conducive to the new normal?" he asks. "Does it help us engage with consumers in ways that they expect?"

Miri is part of a growing trend in healthcare, one that sees health systems approaching innovation with an eye on engaging the consumer—and picking the right person to lead that charge. He joined the Jacksonville-based health system in 2021, after serving as chief technology officer at Dallas-based Children's Health, chief information officer at Walnut Hill Medical Center, VP and CIO at Imprivata, and CIO at the University of Texas, which includes Dell Medical School and UT Health Austin.

He knows what he's looking for in innovation, even if that isn't always easily defined. There are a lot of great ideas, both in technology and strategy, but those ideas often lack focus. An Innovative idea might look terrific, but lack substance. 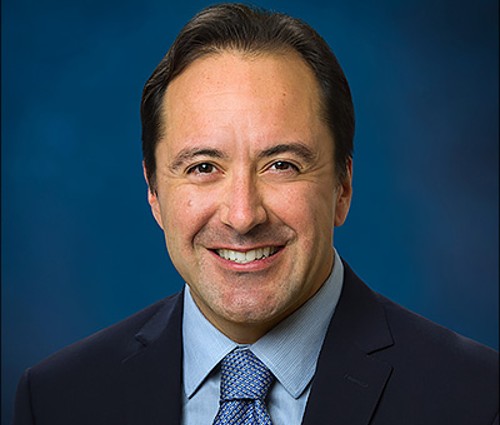 "People too often focus on, for example, the sexiness of the technology," he says. "But that's like saying 'I want to cook dinner.' That's great, but then I'll ask, 'What do you want to cook?' and you'll say, 'I don’t know.'"

For a new tool or strategy to work, Miri says, it has to make clear what the problem is and how it would solve that problem. A good example of that is Baptist Health's deployment this year of two life-sized robots, called Moxi, in pediatric and adult-care settings. The robots run errands and deliver supplies for staff, particularly nurses, while posing for the occasional selfie with patients.

Miri says the health system was faced with a staffing crisis, with more than 1,000 open positions, and nurses and other care providers were stressed out. Moxi is designed to help alleviate some of that stress by taking on the chores that take up so much of a nurse's time but don't really allow them to be nurses.

Another innovative project saw Baptist Health partner with Gozio Health to develop a wayfinding platform, giving visitors clear directions to and around all of the health system's properties, enabling patients to find their way quickly and easily to appointments. Miri says Baptist Health saw some 15,000 downloads of the mHealth app during the first month, and they're now integrating that platform with their Epic electronic health record platform and eyeing other services.

Yet another program saw Baptist Health partner with Blue Zones to identify community-based social determinants of health and create programs that address community health and wellness, including food banks and affordable housing.

"This is where we're going as a health system," Miri says. "We are a thought leader on this."

One of the keys to this strategy, he says, is data.

"The industry right now is reacting to the fact that there's a sea of data out there," he says, noting the presence of more than 2 billion PACS images alone. "There are a lot of things that you can do with that data that we haven't even thought of yet."

For that reason, Miri sees data analytics and AI as a fast-growing priority in healthcare. Health systems must not only know how to collect and use that data, but how to use technology to make collection and analysis easier, while avoiding burdening clinicians. Alongside that, they'll need to pay attention to data transparency, so that everyone knows where that data resides and who owns it, allowing for a seamless exchange between who has it and who needs it.

Beyond that, Miri says healthcare will also pay more attention to the power of automation, and how robotics and robots can make a positive impact. Moxi is just one example of a segment of the industry that is growing quickly.

"Healthcare is incredibly complex, and we're getting smarter in how we do things," he says.

That's why he's careful in how he looks at start-ups and innovative new companies in the healthcare space. Anybody can come up with a great solution that promises to make healthcare better, but the companies to keep an eye on are the ones, he says, that "understand healthcare." They know how to do the dirty work that needs to be done in order to make those solutions work. That's not always the case with companies that "think outside the box."

Finally, Miri sees a lot happening in the development of a unique patient identifier.

"Identity is the cornerstone to digital transformation," he says, citing the potential to tailor treatments and other resources to the individual. "And it's mind-boggling how identity is being left on the sidelines."

Miri would like to see digital health technology brought to bear on creating what he calls "the golden record," a complete and accurate healthcare record that leverages blockchain technology, follows the patient, and is bidirectional, matching patients to resources and resources to patients. This would also go a long way towards eliminating data silos and incomplete or inaccurate patient records that hamper clinical care.

And that's in the future, where Miri is focused. He doesn't believe in looking back and says the competitive nature of today's healthcare landscape is good for the industry, as it forces innovators to be relevant.

"If you're going to be sick, you’re going to go to the best place possible," he says. "And that's us."

“People too often focus on, for example, the sexiness of the technology, But that's like saying 'I want to cook dinner.' That's great, but then I'll ask, 'What do you want to cook?' and you'll say, 'I don’t know.'”

The influx of direct-to-consumer technology and "out of the box" thinking is giving health systems a lot to consider in innovation, but the best ideas are based on answering a problem.

Aaron Miri says health systems are getting smarter in harnessing data and focusing on technology and strategies that meet consumers' healthcare needs and wishes.

Miri sees a lot of potential in AI, data transparency, and robotics, and he'd really like to see the industry coalesce around "the golden record," an all-encompassing health record that focuses on the unique patient.