Eric Gantwerker, MD, MMSc (MedEd), FACS, a practicing pediatric otolaryngologist and medical director for Level Ex, explains how healthcare organizations can use video games and gamification as an educational tool for clinicians.

Editor's note: This article appears in the September/October 2022 edition of HealthLeaders magazine.

Healthcare organizations are finding uses for video games that go far beyond entertainment. They're being used to help patients – particularly younger ones – understand healthcare concepts, from chronic disease management to medication adherence, while care providers are using games to track patient outcomes in cases ranging from autism to concussion treatment.

More recently, health systems are using them as educational resources, with the idea that a game can work better than a book or classroom event.

HealthLeaders recently sat down (virtually) with Eric Gantwerker, MD, MMSc (MedEd), FACS, a practicing pediatric otolaryngologist at Northwell Health's Cohen Children's Medical Center and medical director for Level Ex, a video game studio that has designed games for continuing medical education (CME). Gantwerker, who holds degrees from Harvard Medical School and Georgetown University and was recently inducted as an associate member of the American College of Surgeons' Academy of Master Surgeon Educators, shares his thoughts on how the power that practicing through play can improve a clinician's ability to learn and adopt new skills.

Q: What are the benefits to using video games for continuing medical education (CME)?

Gantwerker: While video games are inherently built for entertainment, at their core, they are built on deep knowledge and understanding of how to activate and stimulate the brain to induce learning.

For hundreds of thousands of years, humans have learned through play. Whether playing pretend, turning over a snow globe, or knocking over a maze of dominoes, our minds are constantly developing new mental models to understand the world around us. Expert game designers are well-versed in sociology, psychology, and the cognitive sciences that underlie motivation and behavior. They know how to achieve the perfect balance between challenge and mastery and they develop games deliberately to build reward-driven experiences that capture the attention of billions of people. Games are also intentionally designed to quickly and easily onboard players to the rules and progress swiftly to developing strategy by simply playing the game. 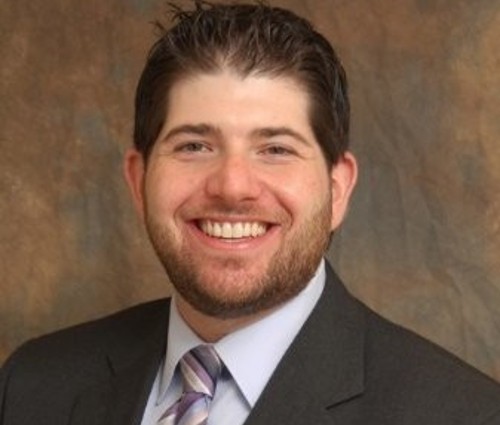 Because video games are built for entertainment, they create an intrinsically motivated environment for players where they play for the sheer pleasure of playing. Traditional medical learning and CME are a requirement of medical practice, creating an extrinsically motivated environment for physicians, but they are not fun by design. Lectures, webinars, and thick textbooks are a passive form of learning that often require more time to learn from, but don’t always translate into strong knowledge retention. When games and medicine collide, healthcare professionals are thrust into an entertaining environment that they actively want to engage with - the material just happens to be something they are very familiar with and can learn from. If done well, games can be an extremely powerful tool.

Q: How are these games introduced or incorporated into an education regimen?

Gantwerker: Oftentimes, the best way to integrate them is to augment formal learning for both knowledge and skills. Games are not intended to replace entire curricula, nor should they. Medical education that is rooted in facts, such as learning the bones in the body, can be easily learned through passive activities like reading or simple matching exercises. For more challenging, experience-based interactions in medicine, such as performing a knee replacement operation or diagnosing a skin disease, the power of video games to create mental models and build 3D spatial skills helps physicians actively make sense of the complexity through play. Imagine the physics that is learned through playing Angry Birds. Players understand mass, velocity, inertia, and all of Newton’s three laws of motion just by playing a game.

Q: What are the drawbacks or challenges to using video games for CME?

Gantwerker: Perception is the major challenge facing video games for CME. There are 2.6 billion video game players in the world and their average age is 36, yet people still associate games with child-like and brain-numbing entertainment and there continues to be a lack of understanding by educators and faculty that video games aren’t just for kids. In fact, they are a powerful educational tool and often better than reading an article or chapter or sitting in a lecture.

Another challenge is that there are a lot of applications of game elements or 'gamification' that don’t work that well. This gives a bad connotation to game-based learning as the effectiveness studies done may conflate games that are developed with the deep-design principles and psychology of video games and those that just add leaderboards and quizzes to educational contexts. This leads both the public and discerning educators to believe that games aren’t as powerful as traditional learning methods, which is not true.

Additionally, the technologies that are used to create medical video games are tremendously powerful, but they require expert game designers and engineers to realize their full potential. Because of this, we are now seeing more digital health startups hiring from the ranks of triple-A game studios to advance their work in this area.

Q: How does a video game improve a healthcare provider's skills that traditional education doesn't?

Gantwerker: Motivation and engagement are some of the biggest challenges named by medical educators today, but they also happen to be the major advantages of playing games. When players are both motivated and engaged they enter a state of mind called the 'flow state.' A well known psychologist named Mihaly Csikszentmihalyi coined this term to describe elite athletes and musicians. This period of intense concentration denotes a maximally efficient period of learning and contributes to better knowledge retention and skill development. The flow state creates a game environment where fun and entertainment are prioritized and education becomes the unintended consequence – it’s why people can lose track of time while playing.

Q: How does one convince a health system's executive leadership to embrace video games for CME?

Gantwerker: It all comes back to perception. There is ample evidence proving the power of games when learning technical and knowledge-based skills. Even consumer games have shown effects on learners with several studies showing that those who played action video games at a young age had better visuospatial skills and performed better on laparoscopic surgery-based tasks than those that did not.

The other critical component in gaining executive leadership’s support is helping them understand the difference between 'gamification' and true video game design. Gamification takes elements devoid of deeper learning and connection to gameplay and applies it to a separate context like leaderboards and badges. You can easily turn a learning activity like watching webinars into a game by slapping a leaderboard on to the video platform so users can see where they fall amongst their peers. It may be motivating at the start, but it does not contribute to a stronger understanding of the skills being taught.

My advice to leadership is to always give games a chance -- the risk is low and the reward can be quite high. Put a well-designed game head-to-head with any other learning modality and you’ll see the advantages of time, enjoyment, and depth of understanding.

Gantwerker: This is all about context. Typical video games that use healthcare as the context are often a parody of medical practice. But if you respect the field, design games for entertainment and create a game environment that requires healthcare professionals to apply applicable knowledge to a situation, they are surreptitiously learning something medically relevant. That’s the secret sauce to creating an effective medical video game.

However, healthcare-related video games do have a lot in common with typical video games as they are both built on fundamental core gameplay loops -- the main set of actions undertaken by a player that define the game -- that have been trialed billions of times. These game mechanics and styles are ubiquitous and can easily be applied in healthcare games. They include things like match 3, collection mechanics, puzzle mechanics, first-person shooter, real-time strategy, set and play mechanics, experience points, virtual currency, etc.

Q: How will this field evolve? What new technologies or strategies do you see on the horizon that might improve video games for CME or make the C-suite more receptive to using them?

Gantwerker: I think perceptions are finally changing and people are realizing the power of game design and technology. As I noted earlier, we are seeing a huge influx of game designers from big name studios coming into the healthcare technology startup world to advance the design of medical video games. We also see the morphing of digital entertainment and the movie industry that is pushing the boundaries of what computers and AI can do in the games industry. This will bleed over into healthcare in meaningful ways, creating much more realistic virtual patients, more natural virtual patient interactions, and more visually appealing virtual healthcare environments.

The metaverse is another concept that comes up a lot when talking about the future of gaming, but it’s important to note that the metaverse is just a platform. It’s software-based, and can be viewed through different hardware, such as a VR headset, but it is still just a platform. Many health tech companies have put their stake down on one platform, say VR or AR, but in doing so have limited themselves to that single platform. Medical video games, however, are platform-agnostic given their software-based modality and can be played on a phone, through a web browser or with the use of external hardware like a VR headset, making them much more accessible. We also see a lot of extended reality (XR) being applied in healthcare and games and this hardware will continue to get better, faster, less bulky and intrusive, and hopefully more intuitive to use as well.

I hope that the studies done on medical video games continue to evolve and not lump games like Jeopardy in with action-adventure games, when trying to draw conclusions about efficacy. Authors in this space need to be better about discerning based on educational levels and outcomes, educational context and game-type, and software vs hardware solutions. Once we have a better understanding and definition of true medical video games, we can start speaking the same language and see the widespread application of these tools in the healthcare space.

“My advice to leadership is to always give games a chance -- the risk is low and the reward can be quite high. Put a well-designed game head-to-head with any other learning modality and you’ll see the advantages of time, enjoyment, and depth of understanding. ”

There are 2.6 billion video game players in the world, and while many are playing games for entertainment, an increasing number are using this platform for healthcare.

These tools "are built on deep knowledge and understanding of how to activate and stimulate the brain to induce learning." And they can help clinicians better understand new ideas and concepts.

The Exec: How to Keep Seasoned Nurses From Leaving