A growing number of health systems, hospitals, and even payers are converging on a more efficient platform that integrates with popular electronic health records and even allows close monitoring of key value-based initiatives such as bundled payment programs.

"Partnering with CarePort was a really good way to get a more comprehensive feed of data, and to get it in real time," says Alex Brennsteiner, manager of network performance at Helion, a wholly owned subsidiary of integrated payer-provider Highmark Health in Pittsburgh. 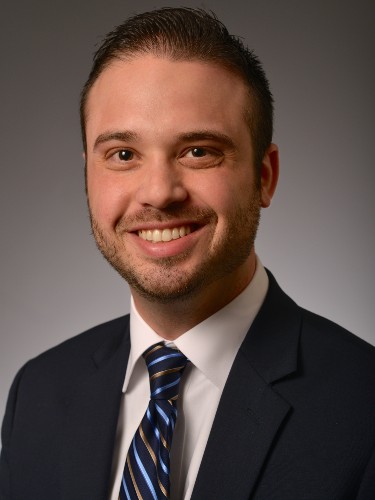 CarePort is a care coordination technology platform from a company formerly a division of Allscripts, but recently acquired by WellSky, a software company spanning the hospital, post-acute care, and community care continuum. As CMS begins a new round of audits in the wake of its recent healthcare provider interoperability rulemaking, platforms like these are becoming more important to demonstrate compliance with such CMS regulations, says Lissy Hu, CEO of CarePort.

Using the CarePort platform, Helion has integrated about 125 skilled nursing facilities, representing more than 70% of such facilities in its western Pennsylvania service area, Brennsteiner says.

Area patients could end up at large community hospitals in the area, outside of the Highmark Health network, and then data concerning their admissions, discharges, and transfers (ADT) would find its way to other interested healthcare organizations only with difficulty, he notes.

"Previously, we were lucky if something was faxed to us, essentially manually, and that was few and far between," Brennsteiner says.

The CarePort platform displays and conveys these ADT actions and status between connected care coordinators, nurse case managers, and social workers in real time, and is able to ingest care plans being generated by electronic health records, both in hospitals and in post-acute care facilities.

"We have some doctors here and there that use it" as well, Brennsteiner says. "One of our quality leaders uses it every single day for his practice, to go in and look at all those transition events from the previous day and identify opportunities where a readmission could have been avoided."

Primary care practices using the platform run daily ADT reports and may even scrub the report looking to optimize a bundled payment or identify a frequent emergency department utilizer, Brennsteiner says. "Maybe I would try and get that patient scheduled for a three-day follow up as opposed to a seven day," he says.

Additionally, the platform helps participants to bill for Medicare services performed. Since 2013, CMS has had a separate fee schedule for payments under the Medicare Physician Fee Schedule (PFS) for transitional care management (TCM) services rendered to beneficiaries whose medical conditions meet Medicare requirements.

To bill a TCM encounter, providers have to complete a 48-hour follow-up report.

"That's why the real-time nature of CarePort is so helpful," Brennsteiner says. "That TCM encounter is reimbursed at a much higher rate than a traditional evaluation and management code. From a sustainability perspective, it's also a good revenue generator for the system."

"We are in over 1,000 hospitals, and over 100,000 post-acute care providers at this point," Hu says. In approximately 30% of the transitions coming out of U.S. hospitals, "those patients [who] are in need of a post-acute care, community care, or any type of post-discharge care, that will be coordinated through the CarePort platform."

Hospitals are under increasing length-of-stay pressures, increasing demand for post-acute care, and the need for patients to be referred with safe discharge plans, Hu says.

For Helion, the CarePort care coordination transformation has translated into nearly 10,000 additional year patient encounters, Brennsteiner says. Allegheny Health Network, the hospital system arm of Highmark Health, is using CarePort to aid in moving from a traditional fee-for-service primary care model to a multidisciplinary model that incorporates other services such as pharmacy resources and behavioral health, in order to optimize transitional care, he adds.

Another feature of CarePort allows care coordinators to tag certain patient attributes, such as diagnoses of congestive heart failure, in order to allow physicians, using their Epic EHR software, to comply with American Heart Association criteria, Brennsteiner says. The platform eliminates duplication of efforts to complete this compliance, he adds.

Highmark has continued to reach out to outside hospitals to try to engage them in sharing ADT information via CarePort. "It's been a mixed bag," Brennsteiner says. "Interestingly, one of our most advanced health system partners in terms of risk-bearing entities was the first to sign on and has had incredibly positive feedback in terms of how this has helped them."

Helion is looking to further optimize its use of the platform, Brennsteiner says.

A tool to break down silos between payer and provider operations

"Right now, case management at the health plan doesn't have the access to the electronic medical record at the health system, so there's just an inherent blindness in different parts of the organization," he says. "CarePort is really the first solution that I'm aware of, that we can use to kind of break down some of those silos and start to coordinate better."

For instance, specialty case management at the health plan is beginning to be coordinated with the Highmark Cancer Collaborative to reduce duplication of efforts, Brennsteiner says.

"CarePort has the ability to integrate an HIE's data into the system," Brennsteiner says. "That being said, there's a pretty wide variability in terms of HIE quality. A lot of these HIEs are missing a lot of the post-acute data that we've captured within CarePort. The other thing unique to CarePort is we're able to build" the patient attributes mentioned earlier. An HIE is more of a traditional kind of live feed of ADT events, he adds.

"CarePort has allowed us to scale up without too much abrasion to the staff," he says. "From a primary care perspective, they're able to make sure they have the right slots in the schedule to accommodate transitional care visits. And with the additional revenue being generated because of the additional TCMs, that's something that can be reinvested back into the practices."

During the pandemic, Helion was tasked with managing hundreds of facilities, including isolation beds, and the changing acceptance criteria of post-acute facilities, and CarePort was able to add capabilities that tracked these resources and criteria throughout, Brennsteiner says.

“One of our quality leaders uses it every single day for his practice, to go in and look at all those transition events from the previous day and identify opportunities where a readmission could have been avoided.”

This new 'ninja' COVID variant Is the most dangerous one yet

The BA.5 subvariant can slip past the body's defenses easier than any of its predecessors.

Why Value-based Care Is the Future of Medicine

Value-based care is the growing alternative to healthcare’s traditional fee-for-service payment model as the industry seeks to evolve to a more effective healthcare delivery system. Instead of...

The experts calculating which COVID variant will hit us next fear an immunity escape artist that could strike before more flexible vaccines hit the market.

Most people have been infected with the virus, epidemiologists say, even if some don't realize it.

Expenses are still weighing heavily on hospitals, health systems, and physician’s practices as the cost of care continues to rise. ...