Patient follow-ups rise 1800% as unstructured radiologist notes, usually unrelated to the reason for the initial exam, are parsed and fed into patient EHRs.

A typical scenario would involve a patient who presents at an emergency department for a symptom such as chest pain that ends up being unrelated to the reason for the eventual follow-up, Danhauer says.

A radiologist would discover something on an X-ray that prompts the radiologist to note in the radiology report that a repeat test, such as a CT scan, should be ordered, but on an issue totally unrelated to why the patient is at the ED, he says.

"The problem is, that follow-up wouldn't happen," Danhauer says. "Later, that little nodule becomes a significant tumor with metastasis that was missed." 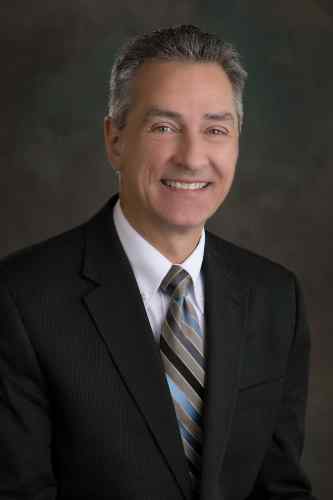 Another example of the kind of follow-up that radiologists spot would be a small aortic aneurysm in the abdominal area, "but it needs follow-up on a routine basis every six months to see what size that's getting to be, so they can manage it before it gets to be a critical issue," Danhauer says.

"Those are recommendations that need to be followed up by either their primary care provider or the referring physician," he says. "We find that many times those got missed or not followed through on, in the midst of all the work that a provider has to do."

Radiologists were aware that some of these incidental findings were being missed, but an initial attempt to use the EHR to flag them was only minimally successful. "In our EMR, we developed a follow-up button that the radiologist would just simply click," Danhauer says. "It would go to a work queue in our electronic record, and we would have ancillary staff that would check each of those and say, 'Okay, I need to call this primary care doc or ED doc.' " If none could be contacted, staff would be expected to contact patients directly to initiate follow-up tests.

But the manual clicking was a new step the radiologists had to remember to do, and despite continuing staff education among radiologists and physicians, the percentage of follow-ups performed "was in the teens," even after three years, Danhauer says.

The NLU technology was already installed at Owensboro Health, though it was underutilized, mostly in voice dictation and recognition, Danhauer says. "All our vice presidents got together to say, make a dent" in the low follow-up rates, he adds.

"We tweaked our NLU tool to capture all the words that a radiologist would say [that meant] 'this patient needs a follow-up.' We ran every single one of our radiology reports through this NLU engine, looking for those specific terms, but also making sure we are taking them in context."

For example, it would be an error to consider the term follow-up if it were preceded by the word "no," or if it contained in the phrase "no follow-up needed," so the system had to be able to exclude those occurrences of the phrase.

Working with both M*Modal and Epic, Owensboro Health was able to catch and flag all the needed follow-up work through software processing alone, even merging different types of exams needed for the same patient so that the patient only needed to be called once to schedule all the follow-ups, Danhauer says.

"We ran every single one of our radiology reports through this engine, and we can now have it in our EHR as the source of truth," he says.

Prior to the NLU/EHR integration, Owensboro Health was averaging between 150 and 200 follow-ups a month. "We went live in October 2020 with the electronic version," Danhauer says. "It was a partial month. Every month after that, it exploded. We went to the 3,000 and 4,000 numbers [monthly]."

As a quality check, Owensboro Health continued having its radiologists mark follow-ups manually, and analysis of that manual marking found that the NLU/EHR detection system had found 100% of the follow-ups that radiologists had manually flagged, Danhauer says.

In addition, Danhauer's team continues to train the system to reduce the number of false positives—cases where the system indicated a follow-up was needed, but radiologists and physicians concluded there was no such need, he says.

The three-hospital Owensboro Health system is in Kentucky's Davis County and covers most of western Kentucky, Danhauer says.

The success of the NLU/EHR integration has prompted clinicians to look for other applications, such as searching through clinicians' notes to find all patients who have had aortic stenosis and a TAVR, he says.

Also, yet to be determined is the exact extent that the follow-ups now being performed are impacting positive outcomes on patients' health and longevity, Danhauer says.

The tech has easily paid for itself in the additional $500,000 in revenue the additional follow-up exams have generated, Danhauer says. Owensboro Health has also begun reviewing the findings with its malpractice carriers to see what savings might be achieved through this quality improvement, he adds.

“We ran every single one of our radiology reports through this engine, and we can now have it in our EHR as the source of truth.”

A missed follow-up can lead to significant medical problems later

The tech handily pays for itself in added exam revenue, and may benefit the patient safety, quality, and malpractice picture for Owensboro.