The San Clemente, California-based healthcare organization, which counts Amazon among its customers, launched its tool to show clinicians how they were improving the health of their patient populations, says Stephen Ezeji-Okoye, its chief medical officer.

Crossover Health has 42 clinics throughout the United States, a mixture of on-site and near-site clinics, as well as a national virtual medical practice. The organization built its population health tool to overcome what Ezeji-Okoye calls the "tyranny of the visit" that dominates traditional electronic health record software.

"We don't work in a fee-for-service arrangement," he says. "What we're focused on is how do we improve the health and well-being of the population because that's how we show our value."

Such considerations impact Crossover Health's design of its clinics and its exam rooms, he says, so it made sense to extend design considerations to the population health tools utilized by its physicians.

"A lot of programs in advanced primary care don't actually include all of the elements I've just described," he says. "We have a very holistic approach. We believe that you've got to go beyond the biomedical model of just treating disease. You've got to get into the things that really affect health."

Ezeji-Okoye says 80% of the factors affecting health are not medical interventions. They might include the behaviors of patients and their living environments. 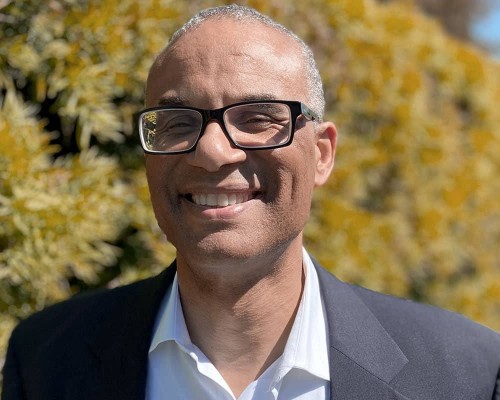 "We brought all of this together in a measurement system that allows us to have a good view of what's going on in the practice and allows providers to understand the impact they're having on the patients they see," Ezeji-Okoye says

An example of that impact: One of Crossover Health's clinics uses the population health dashboard to identify gaps in care among patients undergoing colonoscopies to screen for colorectal cancer.

"The population was one where people were primarily hourly workers," Ezeji-Okoye says. "They needed to be able to be at work as much as possible. Taking a day off for a colonoscopy was actually a huge barrier to care."

To address that gap, the clinic began providing those workers with at-home colonoscopy kits.

"One of the benefits of the tool is it makes these care gaps visible and allows us to work in a proactive fashion to be able to improve the quality of care of the population," Ezeji-Okoye says.

The platform enables clinicians to factor social determinants of health into care management, he says, identifying instances where the root cause of a health concern might not be clinical.

Crossover Health collects data from within its Elation electronic health record system to populate its population health dashboard, he says.

"Then we also use other measurement tools to capture things such as the therapeutic index and the severity index, to help measure how we're doing in those domains," he adds.

For now, Crossover Health's system does not send alerts back to the EHR.

"Certainly, alert fatigue is a real thing," Ezeji-Okoye says. "You'd need to limit the alerts to the ones that are most important. We don't do that at this time, but we're looking at that."

The system helped Crossover Health deal with the pandemic as well.

Over time, he says, Crossover Health will continue to incorporate more data from its patients' visits to other health systems, including claims data.

"We need to make sure that we provide the human intelligence behind the data feeds, to make sure we've got the right treatment plan for each member," Ezeji-Okoye says.

Another feature of the tool allows Crossover Health to measure how quickly patients can get appointments. This drives the company's hiring decisions and helps to avoid overburdening current providers.

When the primary care team must initiate referrals, Crossover Health's care navigators curate lists of medical specialists outside the company who most identify with the company's proactive health values, Ezeji-Okoye says. Health records from such specialist visits then come back into Crossover Health's population health system, to drive further quality of care.

In time, Crossover Health may expand its offerings beyond self-insured employers. It has a commercial offering on a subscription basis, but so far that is a small portion of the company's business.

"Our goal is to be able to make Crossover accessible to anyone who's interested in having a better healthcare experience," Ezeji-Okoye says.

“We believe that you've got to go beyond the biomedical model of just treating disease. You've got to get into the things that really affect health.”

42 clinics around the country serve employers such as Amazon, who are opting for value-based care for their employees.

The healthcare system must find a way to provide the access to training for tens of thousands of would-be nurses. ...

The healthcare conference celebrated its 5th year in Las Vegas, where almost 10,000 attendees discussed the biggest challenges in healthcare alongside gambling, gin and tonics, and glowsticks. ...

AHA: 'A Strong and Resilient Workforce is the Backbone of Our Hospitals and Health Systems'

The real estate investment trust will now enter a joint venture with Integra Health to operate the skilled nursing assets. ...