The analysis of electronic health records is one of public health's newest tools to reduce preventable diseases.

A recent study from the Regenstrief Institute and Indiana University, analyzing EHR data, found that one in five women in an Indiana county do not receive a test for syphilis during pregnancy. The Centers for Disease Control and Prevention (CDC) recommends screening all pregnant women for syphilis during their first prenatal visit.

The study was conducted by a research team looking at live births in Marion County, Indiana, from 2014 through 2016. Researchers were able to link birth certificates from the health department with maternal health data from EHRs in the Indiana Network for Patient Care, created by the Regenstrief Institute and managed by the Indiana Health Information Exchange.

During National Public Health Week last week, HealthLeaders spoke to study co-author Brian Dixon, PhD, MPA, about the study and the state of public health in 2022. Dixon is the director of public health informatics at the Regenstrief Institute and the Indiana University Fairbanks School of Public Health. This interview has been edited for brevity and clarity.

HealthLeaders: Syphilis hasn't been the most talked-about disease for some time.

Brian Dixon: We saw STD rates go up during the pandemic, and as we come out of the pandemic. During the pandemic, we put a lot of focus on COVID And we took people out of STD divisions and other divisions of public health in order to help with the response to COVID. So we now have to focus again on things like diabetes and syphilis.

Syphilis is a is a challenge to the infant, but also could be problematic for the mother. We have a real problem of maternal morbidity in this country. This being Public Health Week, we want to encourage people to think beyond COVID, and think about their health and doing things that they need to do to screen for early detection. We want to identify syphilis early in the pregnancy. We have effective treatments for it. But we've got to detect it in order to treat it.

HL: Will you continue to study it and look at years subsequent to 2016 and broader cohorts?

Dixon: Yes, this is not the end of our research. We are continuing to work with CDC on this type of work. We are currently looking at treatment of gonorrhea and chlamydia. This time, we're going to try to link to some datasets that are at the state levels, not just Marion County, but look at statewide data. As you can imagine, we have to jump through a few hoops to get that state data in order to do our linkage. But we're in the process of doing that now. The new project will be used looking at data all the way through 2021, to look at not just diagnosis of it, but also the treatment.

HL: Is this kind of study common in public health? Or do you feel it represents a kind of a new wave of population health analysis?

Dixon: The research question we posed is in line with traditional public health research. Are our clinicians following guidelines? Are women or any other population getting preventative health screenings at recommended rates? However, I do think that our research does represent a growing trend that is still relatively new: taking advantage of electronic health records and multiple electronic data sources in a way where they are integrated. 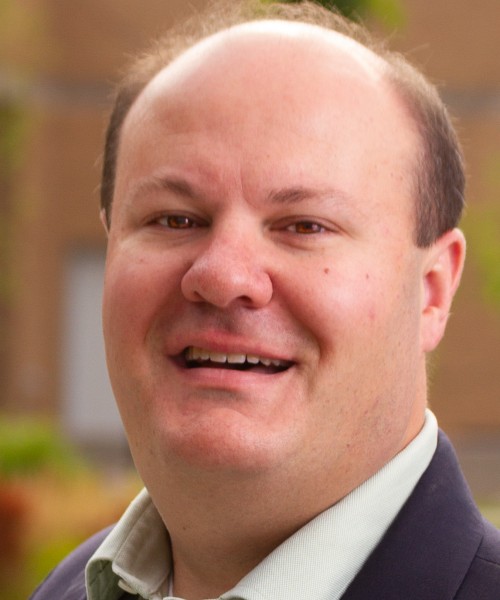 We still largely in this country have a problem of siloed systems. We still have an HIV system and other STDs separated. We still have public health largely separated from clinical data sets. So in that regard, this is a new type of research, and one that I think we will increasingly see as, especially post-pandemic, a real focus now in the public health world on connecting clinical data sources and public health data sources. We need to have things at the health department like a master person index. We need to be able to link across datasets in a way that we've never been able to do before. I still think today it's pretty rare.

HL: What percentage of birth certificates, even nationwide, is electronic or digital today? Does anybody know?

Dixon: That's a great question. I'm not sure anybody knows that answer.

HL: Are EHRs essentially a proxy for digital birth certificates, or is that stretching it?

Dixon: That's stretching it. We still largely in the US rely on birth registrars that are assigned at each hospital to record data in a separate system. Birth registrars do use the electronic medical record system to get information that they need to fill out the birth certificate. But in some other research that we've done, we've found that those individuals have to access three or four different sorts of health IT systems within the hospital to get all the information they need. So it's not all in one place, even within the hospital.

Birth registrars do the hard work of extracting the information from multiple places and putting it into the birth certificate system. A high proportion of birth certificates these days are being entered into an electronic system that is maintained at the health department. But it's still largely a manual process. Then you have the challenge, of course, of getting data from non-hospital settings into that birth registry. But there has been a really strong, consistent effort by the CDC and state and local health departments over the last decade to move to electronic birth records. And so most places have that habit.

HL: You mentioned that there's several sources around the hospital that these birth registrars have to refer to. You mentioned EHRs. What are the others?

Dixon: Typically, the OB practices are private, so they're affiliated with the hospital, but the EHR in their clinic is totally separate from the hospital. And they typically do not talk to one another. There's very little interoperability between OB EHRs and hospital EHRs. That's why when a woman shows up in a hospital, she's often retested for things because they don't have access to the OB's EHR electronically. And if the woman came into the emergency department first and then transfered to the OB or the maternity ward, then [birth registrars] may have to access the ED information system as well. And then also, if there are complications with their pregnancy, then they may have to go into a separate imaging system or PACS system or something to look at data as well.

HL: That has implications also for other public health priorities such as vaccination registries, correct?

Dixon: Yes, it does. Vaccine registries are their own silo. That's a big challenge in public health, and each state has its own siloed system. Let's say you give birth to your child in Minnesota, and then you move a few years later to Wisconsin. Your child gets the next series of vaccines there. Those are in two separate immunization registries. In clinics, when a pediatrician gives a vaccine, they do enter the information into the state's immunization registry electronically. That is pretty well established these days. But the immunization registry, for example, is not connected at all to the birth certificate data typically in a state.

HL: Post-pandemic, are we seeing a renewed commitment to funding for public health? Or is it too early to say?

Dixon: There is a renewed commitment to it at the federal level. I'm not sure that it's going to persist at the state level. That's part of the challenge. There is a bill working its way through Congress now for additional public health funding. Now we need to put money into recovery, because it's going to take some communities a very long time to recover. Technically, states are responsible for the health of their citizens, and so we need state legislatures to provide sustainable funding for state and local public health. That's going to be more of a challenge, because states coming out of the pandemic are not necessarily putting more money into public health.

People now are way more aware of what public health does than they did before the pandemic. Before, public health was kind of invisible to many people. Now we realize the important work that they do in communities. There's this commitment at the federal level. I'd like to see a similar commitment at the state level, so that when we get to 2023, we don't go back to pre-pandemic funding levels.

“We need state legislatures to provide sustainable funding for state and local public health. That's going to be a challenge, because states coming out of the pandemic are not necessarily putting more money into public health.”

There’s a renewed commitment to public health at the federal level, but that commitment may be lagging at the state level.

More than 200 hospitals are taking advantage of federal waivers to develop and manage Acute Hospital at Home programs. But those waivers won't last forever, and supporters need to prove that the...