The newly named chief digital officer (CDO) of Bon Secours Mercy Health is no stranger to the title, having held it previously at Cigna for two years. Jason Szczuka took Bon Secours' first such defined role on July 8, helming the digital efforts of the 50-hospital, seven-state system headquartered in Cincinnati. "A chief digital officer is something different to every company, based on the existing vision of that company's top executive leadership, as well as the underlying culture and capabilities of that organization," Szczuka says. Digital innovation and services are a common thread, however. Szczuka reports to chief executive officer John Starcher, Jr. and took time to answer questions from HealthLeaders. 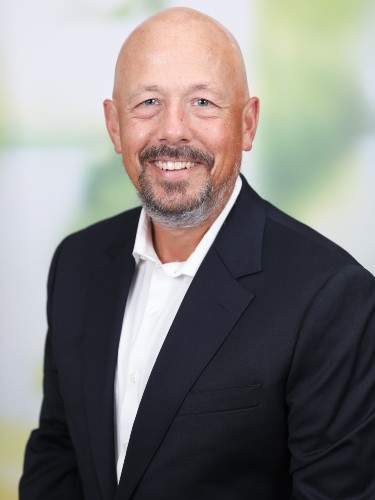 This transcript has been edited for clarity and brevity.

HealthLeaders: To what extent did the ongoing transition from pandemic-focused care to post-pandemic hybrid care, some in person, some remote, define your new position and your new responsibilities?

Jason Szczuka: Those are two very different things. Because not every organization is doing that. The reality is, though, that there's too much emerging whitespace to say that my role has an actual definition or set of responsibilities today. What I will say is, we have an obligation to extend quality care into more convenient, connected, and consistent forums, so that we can optimize a patient's health and wellness, whether they are in person, online, or a combination of both at home.

HL: There's a digital divide in healthcare that the pandemic seems to have highlighted. People who have mobile phones or a good idea how to use your website were taken care of pretty well, compared to other people who maybe aren't as digitally savvy. Wouldn't a chief digital officer address that divide?

Szczuka: It's a real problem. And it's becoming a bigger problem, which the pandemic highlighted. We always use the term health equity. We've got to be more direct and think about the poor and underserved markets that are most at risk on the wrong side of this digital divide. Just because an individual doesn't have the latest iPhone in their pocket or wearable on their wrist does not mean that advanced technologies cannot help them out. The digital divide is not an excuse to not work for those populations.

HL: What does the term digital transformation mean to you?

Szczuka: When I think of transformation, it's more culture, it's fluid, and it's evergreen. You've never transformed. You're always transforming. And if you're always transforming, then it becomes much easier to figure out what are the offline or antiquated services that we can digitize, and then secondly, where can we innovate to create something new today that was not there yesterday. Only by accepting what transformation is do I think you'll ever have meaningful success in those other areas.

HL: Large healthcare systems continue to wrestle with mandates to implement data interoperability with each other, public health institutions, payers, and the government. Does the chief digital officer have a role to play in this, since one aspect of interoperability is intuitive design, or lack thereof? It's one thing to say, we can connect this to this, but if the patient experience is terrible, what have you accomplished?

Szczuka: You're hitting on an important part of interoperability that nobody's truly talking about in these big health institutions yet. There's phase one that everybody goes through: let's comply. And then phase two: now let's productize. No CDO has to be there for the compliance phase. But if you're ever going to just scratch the surface of accomplishing what interoperability is intended to do, the CDO not only has a role to play, they have a leading role to play. Because if the input of that interoperability never makes its way into the solutions, and therefore, the decision-making of the stakeholders that it's pointed to is all for naught, it's just going to be data happening out there in the forest. And nobody's going to ever make a decision they otherwise wouldn't have because of it. That, to me, is the critical part of interoperability, that we're not there yet. I'm not saying it's been consciously ignored. There is so much work to get to compliance, and that doesn't even begin to address the garbage-in, garbage-out of interoperability between different institutions right now.

HL: So much is assumed these days that the data is in good enough shape to do all sorts of marvelous things with it, such as the analytics, the machine learning, and the AI. But if you're basing that on data that isn't clean, you're building on a house of cards.

Szczuka: Interoperability is the ultimate onus of collaboration, in that, you've got to know what you're putting into the pipes of our system is reliable enough for somebody else to use blindly. Let's just rip the band aid off and call it what it is. There is no organization, with maybe the exception of the newest, app-based, very shallow, very small-scope data set, that somebody might have where they actually know it's pretty clean. Nobody's there yet. So, as we develop things at Bon Secours Mercy Health, we're going to develop them from a mindset that they will be used by all participants in our industry, including those that you would think of as our competitor. I love the fact that the government is doing this, because it's forcing all of us to get serious quickly about our data. And so, I have seen dramatic improvements in payers, I've seen dramatic improvements in providers, and I've seen greater capabilities by patient/consumer-focused players as well.

Szczuka: At Bon Secours, I am now able to put a digital extension on a foundation of what has historically been recognized as phenomenal care. What we don't have yet is an actual understanding of the KPIs of a digital health business that that care is being extended through. So first and foremost, I'm going to establish where we actually are today. What do these KPIs look like? Everything from patient engagement to clinical outcomes, to cost savings, to the consumer and their plan sponsor as a whole. Only by measuring it is how we are going to improve it, so that I can figure out what are the digital solutions and connections that will improve those KPIs, [and] have a disciplined road map that we operate and execute off of.

HL: We've often heard what a great day it will be when we turn off the fax machines. One wonders if that's realistic. Maybe, somehow, they're just going to adapt like everything else, and we won't lose the fax machine. We just won't recognize it.

Szczuka: We will never lose the fax machine, for good reasons. The ones taking risk in healthcare are, ironically, very risk adverse. They're always going to have a fax machine sitting there as a fail-safe. But where it will go away is when nobody else owns them. But the need for the certainty of a fax machine is always going to be there. So, you don't get to shut it off as a channel until it is equally or greater replaced by something else. And we are a long way away from that.

Health equity is a big challenge as the health system builds out its digital health offerings.

Interoperability must go beyond compliance to solutions that matter to patients.

Fax machines may go away, but the need for the certainty that they provided is here to stay.