In the first of a two-part interview, Brian Clear, MD, chief medical officer of Bicycle Health, describes an approach supported by the AMA, the American Society of Addiction Medicine, and other experts.

The cutting edge of digital health and home testing is bumping up against norms in society and medicine as the healthcare industry tackles a substance abuse epidemic. An organization that epitomizes this challenge is Bicycle Health, a Boston-based provider treating more than 8,000 patients in 29 states for opioid use disorder.

The company, which srarted as a single clinic in Redwood, City, California, uses digital health and home urine testing, alongside an approved medication for treatment called buprenorphine, the main ingredient in the commercial brand Suboxone. The success of that type of treatment plan was highlighted in a recent JAMA Psychiatry study which found that the expanded use of telehealth to treat opioid use disorder during the pandemic reduced the risk of opioid overdoses.

In this two-part HealthLeaders interview, Bicycle Health Chief Medical Officer Brian Clear, MD explains how Bicycle Health is using telehealth to expand access to this care, especially given that 30% of rural Americans live in a county without a buprenorphine provider. This interview has been edited for brevity and clarity. Part two will run on Friday, October 14.

HealthLeaders: How did you arrive at your current role at Bicycle Health?

Brian Clear: It started 10 years ago, right through residency training. Anyone who's paying attention, especially in the hospital system, notices that substance use disorders are the underlying cause for a lot of the pathology that comes into the hospital, but they're not commonly addressed. I hope this has changed by now in my own residency program, but when I was training, I thought my attendings were excellent, and I got an excellent quality of training in all regards except substance use disorders, where it was pushed off, like it's not a medical problem. 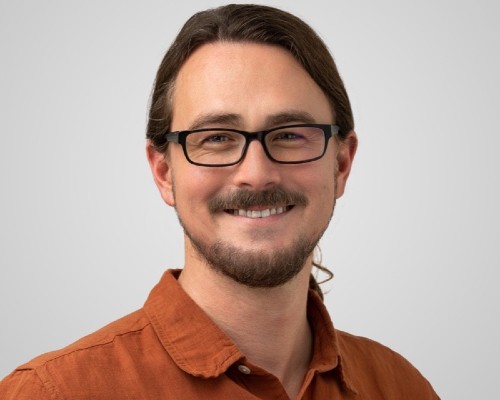 This is a social problem. This is a criminal justice system problem. Patients who are referred to abstinence-based recovery programs, often costing tens of thousands of dollars, get a month of time, essentially in a hotel, and then they go back to where they were, and return to their old habits, with nothing fixed.

The funny thing is there's a compelling, highly effective solution to it, that just because of an abundance of regulation, a lot of stigmas, and general medical provider reluctance to engage in the care of patients with substance use disorders, it's not used.

How often do you find an opportunity like that in healthcare, where you have a national health emergency and you have a solution for it that is ready-made and available but being underutilized? It's just a huge opportunity to improve public health.

I ended up working in an opioid treatment program in Tallahassee, Florida, after residency, did my buprenorphine and opioid use disorder training program through them, and started my own small kind of micro practice in the neighborhood. Then I got an opportunity to move out to San Francisco and work in a large opioid treatment program with integrated primary care and behavioral health. That got me plugged into public health systems in San Francisco, a lot of incredible doctors doing great work in the care of patients with opioid use disorder. And then I got introduced to Ankit Gupta, founder of Bicycle Health, through the California hub and spoke program.

I stepped into this role, and it's grown way beyond what I thought it was going to be, where I was expecting to direct a program in California, and then we expanded to Florida, which made me a little bit nervous having two licenses on opposite ends of the country. But then you learn how much need there is outside of California. And once you get used to the diligence process, you can safely operate in other states. And lo and behold, two and a half years later, we're in 29 states and continuing to grow and seeing amazing outcomes for our patients, which is pretty cool.

HL: What are the components of this program?

Clear: There are three medications that are shown to reduce death and disability from opioid use disorder. The one that can be prescribed and taken daily as a medication in a patient's home safely and effectively is buprenorphine. Methadone is another effective medication, which is less safe, and it's given through a really tightly regulated opioid treatment program structure. The other medication that's effective, but much less effective than either buprenorphine or methadone, is naltrexone, which goes by the brand name Vivitrol. We focus on buprenorphine, because that's the tool that's available as a first-line treatment. For patients with opioid use disorder, it has an equivalent rate of reducing death and disability compared to methadone, but a much better safety profile.

HL: Why is it so underutilized?

Clear: Stigma is one element. Historically, the medical system has not looked at substance use disorders as a chronic disease or as a medical problem. This dates back all the way to the post-World War I era, when the American Medical Association essentially took the stance that substance use disorders were not within the umbrella of medical practice, that it should be regulated by the Department of Justice rather than physicians. It's taken a very long time to reverse that stance and convince doctors that there is a highly effective medical treatment for opioid use disorder specifically.

Also, it's very tightly regulated. There's a lot of fear of enforcement action by the DEA [US Drug Enforcement Administration], fear of medical boards taking action against licenses. Buprenorphine is an opioid, a medication that at a very low level stimulates and blocks opioid receptors. But it's not separated out in the Controlled Substances Act as being different from other opioids, even though it is. Providers are afraid that as the DEA expanded enforcement action against overprescribing of oxycodone and hydrocodone, it's going to be a red flag practice to be prescribing buprenorphine, which is ironic and kind of horrible, because that is precisely the solution to the problem that was caused by overprescribing of oxycodone and hydrocodone, and more recently, the fentanyl epidemic.

HL: Where are the American Medical Association and the Food and Drug Administration today on their position on this?

Clear: We've got more evidence for the efficacy of buprenorphine than we have for any other medication in the history of medicine. There are multiple Cochrane Reviews establishing the efficacy of buprenorphine at this point. No reputable society can ignore that. Buprenorphine use for opioid use disorder is universally embraced. It just takes a very long time to change attitudes of individual physicians and expand that practice to a whole network of medical practices nationwide. But the societies are all on board, including the AMA and the ASAM [American Society of Addiction Medicine].

But there's a real lack of understanding amongst regulators, in some states, especially of the key difference between problematic opioids and buprenorphine. A waiver system was created where providers have to get special training, and do attestations every year to maintain that. It's a lot to navigate.

HL: How does Bicycle Health use telehealth to make this therapy available and effective?

Clear: As of 2018, a full 40% of counties in the United States didn't have a single provider who is able to treat opioid use disorder with buprenorphine. In my experience working in Florida and also San Francisco, patients often have to commute insane distances. In my Florida practice, the average patient commute to get to the program each day was almost an hour. We had patients coming over 100 miles every single day to come to the program, just because care is very sparse. So that selects for patients who [live] in dense urban areas close to programs, also patients of means, patients who have access to transportation. In rural areas, especially patients who are of lower means often have no ability to access care whatsoever, because they can't travel that far. If they're working, they can't take that time off work every morning to come into the program.

The most obvious advantage of telehealth is that it transcends that geographic barrier if they have internet access.

“Anyone who's paying attention, especially in the hospital system, notices that substance use disorders are the underlying cause for a lot of the pathology that comes into the hospital, but they're not commonly addressed.”

An abundance of opioid regulation, and stigma, have kept buprenorphine treatment from being as effective as it could be.

AMA, ASAM, and other medical societies are all supporters of this approach.

A new report says the proposed Amazon-One Medical deal will reshape the healthcare delivery landscape, and traditional providers will need to make changes to keep up.  ...

How AbbVie made $114B by gaming the US patent system

AbbVie for years delayed competition for its blockbuster drug Humira, at the expense of patients and taxpayers. The monopoly is about to end.