Social determinants of health data drives predictions that can trigger interventions even before a hospitalization ends.

"This data is being refreshed several times a day, as new information about the patient is coming to the platform electronically," says Zenobia Brown, MD, MPH, vice president and medical director at Northwell Health for its population healthcare management organization.

The platform Brown refers to is provided by Jvion, AI software used to identify at-risk patients through various social determinants of health (SDOH), including non-healthcare-related data about patients purchased by Jvion.

"If there are things that can happen in the hospital that improve outcomes such as risk of kidney failure, you should make sure before the patient leaves that they have a renal consult or a follow up with a nephrologist," Brown says.

After discharge, SDOH data continues to flow into the patient's profile in the AI platform. "That information continues to refresh," Brown says. "Throughout that 30-day period, so that people kind of can go up and down in their risk level." 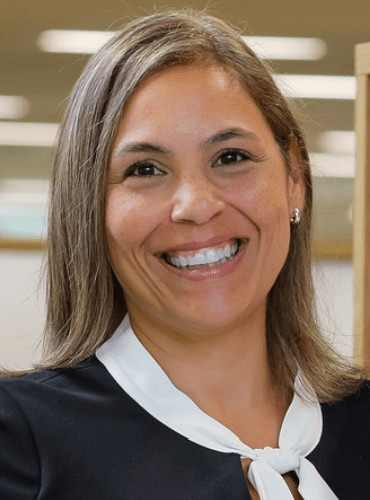 The Jvion platform also makes recommendations on various interventions for each rising risk factor. "It's prescribing what are the most urgent interventions," Brown says. "We have used this to be more tactical and focused."

Northwell Health began the project in the summer and fall of 2019. "There is a fair amount of operational ramp-up so you can have a density of patients that you've intervened on, to show the statistical proof that this had an impact," Brown says. "Even with the highest readmission rates, only one in five people are being readmitted."

Given that, the process to prove out the efficacy of the technology took an additional six months, which is why the results were only recently reported, during the HIMSS conference in early August.

The population studied included Medicare and Medicaid beneficiaries, generally 65 years of age or older. These patients typically are afflicted with comorbidities such as heart failure, COPD, pneumonia, acute myocardial infarction, and who may have had procedures including coronary artery bypass surgery, Brown says. No patients with COVID-19 were included in the initial analysis.

Translating those reduced readmissions into dollars saved is a longer, trickier process.

"The way hospitals get penalized is deeply retrospective, meaning it's based on a three-year average, and it's lagged about 18 months," Brown says. So far, Northwell Health is not commenting on its initial dollar savings estimates.

In addition, Northwell Health is the co-owner of a health plan known as HealthFirst. "Where we are in a bundle, one of the things we're looking to demonstrate is the savings to the plan based on these [reduced] readmissions," Brown says. "Obviously, we're trying to stop human suffering, but who benefits besides the patient is the plan. The plan then is able to demonstrate the savings to the plan, not so much to the hospital."

Over time, incorporating SDOH data into care will become the new standard of care, Brown says. "Our complex care vector, which is avoidable admissions, is launching here in the fall and winter," she says. The analysis will target patients who are likely to show up in the hospital in the next 30 days, and then doing interventions to keep them from decompensating and needing hospitalization, she adds.

These interventions will target patients that often have a combination of chronic diseases, such as hypertension and diabetes, she says.

Patients give their consent ahead of time for Northwell Health and Jvion to collect their non-medical information ahead of time, Brown says.

"You’ve got to have a foundation of doing the right thing for patients that is reliable and [with] consent," Brown says.

Brown is in charge of Northwell Health's value-based strategy and execution of that strategy. "It is up to me that these numbers are improving," she says. "It is up to me to collaborate with Northwell hospitals to make it happen and to bring to bear the tools that the hospital needs to be successful. So, our business unit works as a support or an engine for the hospitals to execute on this readmission strategy. And we do that in partnership."

Brown's population health organization is a business unit of 350 to 400 employees, a team of navigators following patients after discharge, an analytics team that is taking in claims data across populations, "and an administrative team that knows all the CMS rules, understands how all this technology works with each other, and makes sure the right people get the right reports," she says. "It is a big operation in Northwell to execute on this and other population health strategies."

“It is up to me that these numbers are improving. It is up to me to collaborate with Northwell hospitals to make it happen and to bring to bear the tools that the hospital needs to be successful.”

The program began in 2019 and does not include COVID-19 patients.

The cohort included Medicare and Medicaid beneficiaries, mostly 65 or older, with various comorbidities.

Fact check: Hospitals get paid more if patients listed as COVID-19, on ventilators

Sen. Scott Jensen, R-Minn., a physician in Minnesota, was interviewed by "The Ingraham Angle" host Laura Ingraham on April 8 on Fox News and claimed hospitals get paid more if Medicare patients are...